Overview Of: US soldiers numbering 200 are sent to Ukraine to train military troops as Russia denies planning to invade despite amassing 130,000 soldiers (photos)

About 200 U.S troops have been pictured in Kiev, Ukraine, after they were sent to train the country’s military against an expected Russian invasion.

The troops from the Florida National Guard are training Ukrainian forces to use ‘bunker buster’ rocket launchers amid fears Russia’s President Putin is about to invade after amassing 130,000 soldiers at the border. 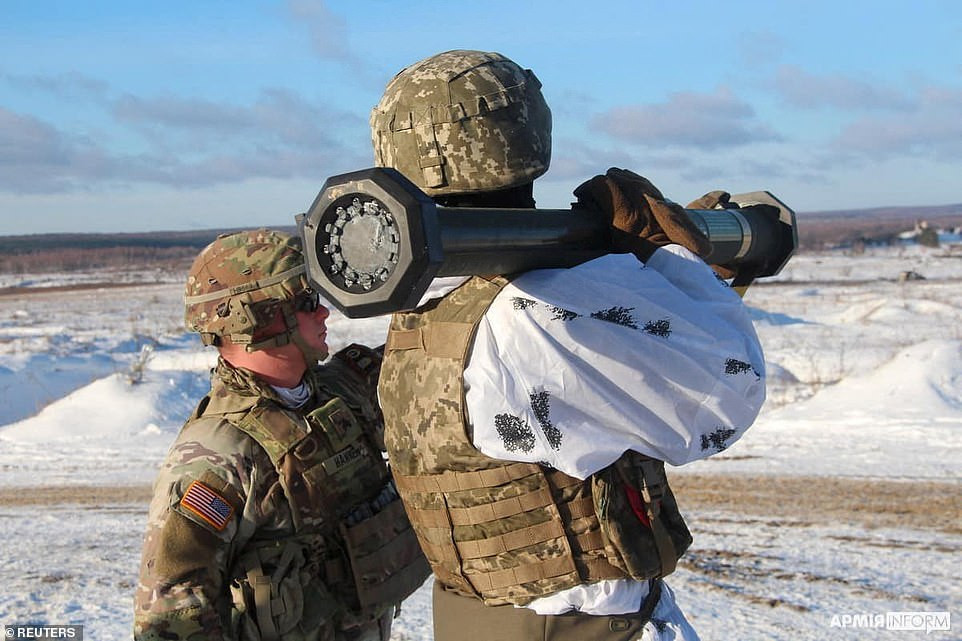 US soldiers were seen on a firing range in Lviv, near Ukraine’s border with Poland, on Sunday, January training  forces to use M141 Bunker Defeat Munitions – around 100 of which have been sent by Washington as part of military aid shipments aimed at deterring a Russian attack. 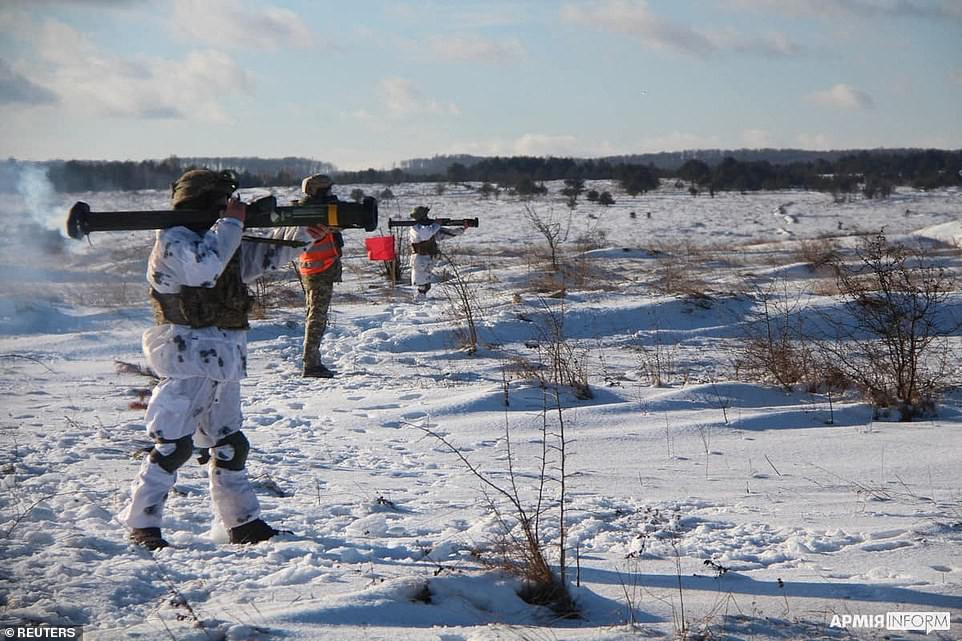 ‘Bunker buster’ rockets are designed to blow apart concrete, brick and sandbag positions, and have been used by the US since 1999. 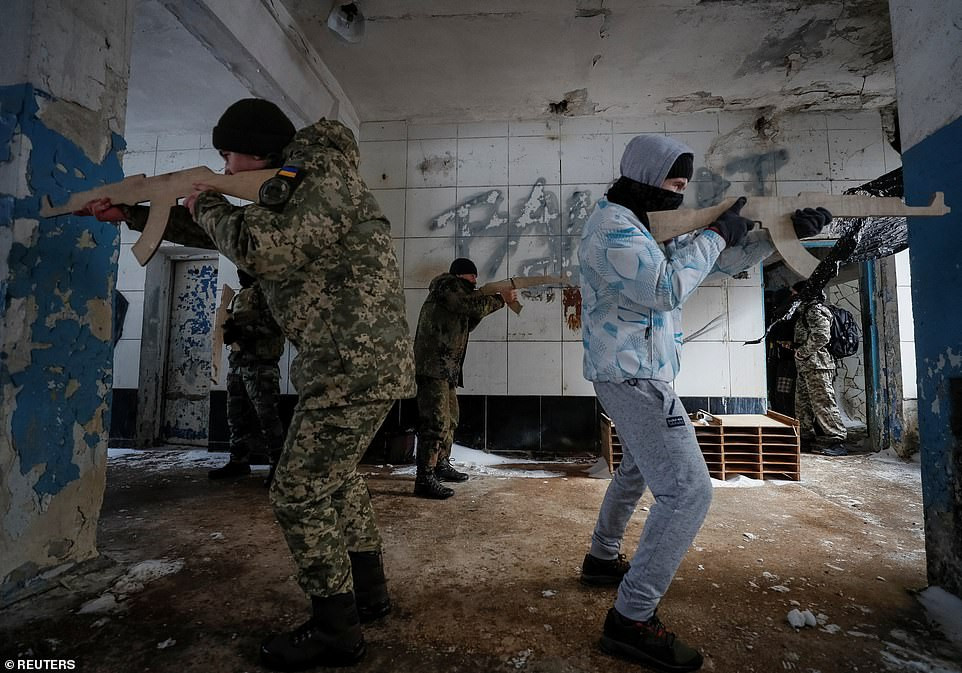 Ukraine has also been training its civilians on military warfare incase of an invasion. 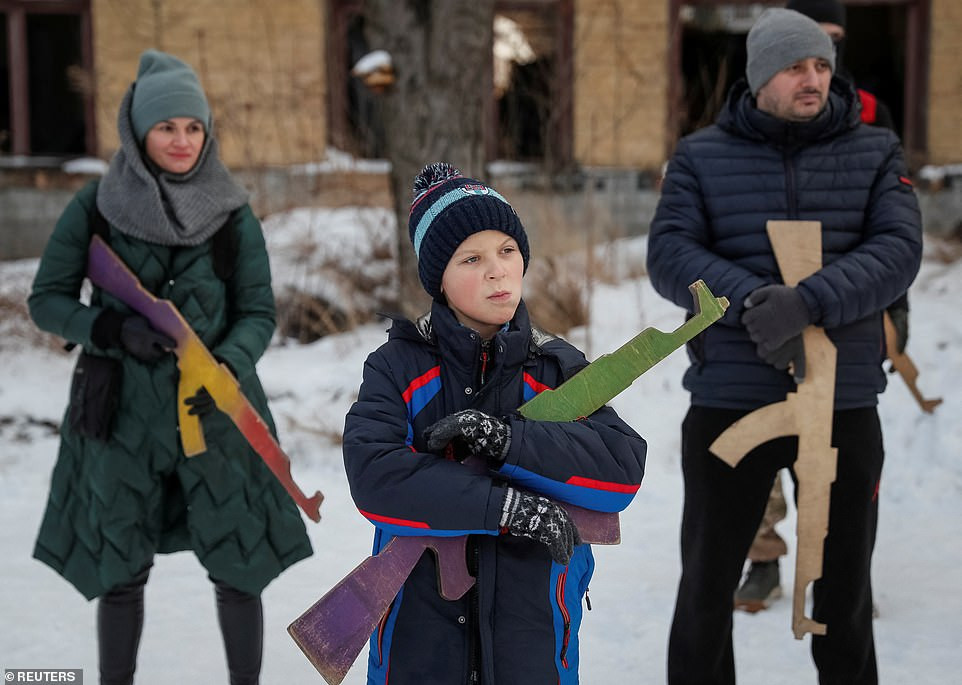 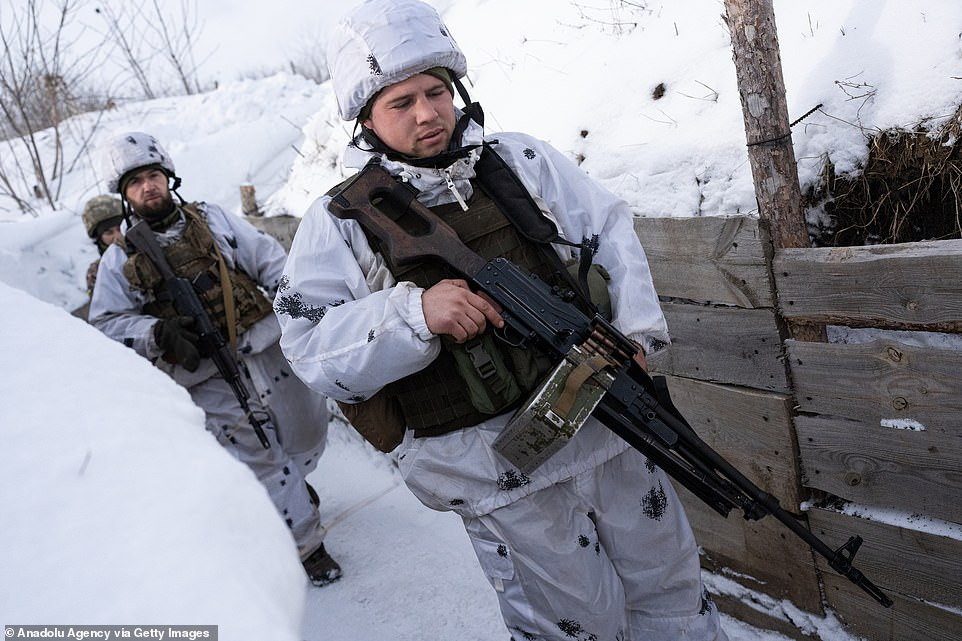 The US has also sent 300 Javelin anti-tank missiles to Ukraine which are designed to attack Putin’s tanks, with the same weapons sent from Lithuania, Estonia and Latvia. The UK has sent NLAW anti-tank missiles, with British troops also recently pictured training the Ukrainians on how to use them in Kiev last week.

Moscow denies it plans to invade Ukraine and has instead accused military alliance, NATO of trying to attack Russia.

Russia has issued a list of security demands to the US and NATO including that Ukraine be banned from joining the alliance and that forces are withdrawn from ex-Soviet states. .

The US and NATO have since sent two letters to Moscow rejecting those demands but offering other concessions.