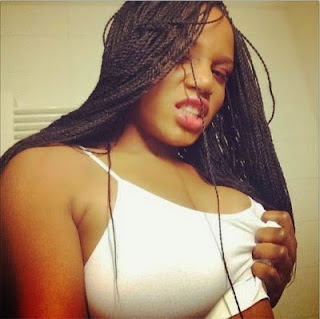 Nigerian-Netherland based nudist and artist, Maheeda has revealed she can still make her way back into gospel music.
The mother of one who got the name “naija bad gal” due to her seductive nude contents on social media took a break from the music industry for some time now to focus on her family.
In a recent interview, she noted that despite being referred to as a bad girl, who is not worth emulating, she can still make gospel music out of her love for God.

“I might just be in the mood to make gospel music one day. And it’s always good to talk about God’s love, grace and mercies in one’s life” she said.