President Muhammadu Buhari has been urged to resign for failing Nigerians following the killing of protesters at Lekki.

Nigeria’s President Muhammadu Buhari has been told to honourably resign.

The latest call came from Music Star, Davido Adeleke aka Davido who urged Buhari to resign following the shooting of several #EndSARS protesters in Lekki, Lagos.

On Tuesday evening, Security operatives opened fire on unarmed #EndSARS protesters in a desperate attempt to quell the agitations against police brutality. Over 9 people have been confirmed dead so far while several others have been hospitalized.

In a series of tweets, Davido criticized the President calling on him to ‘step down’. He also shared a poster of declaring the president wanted for murder.

Read what he wrote below:- 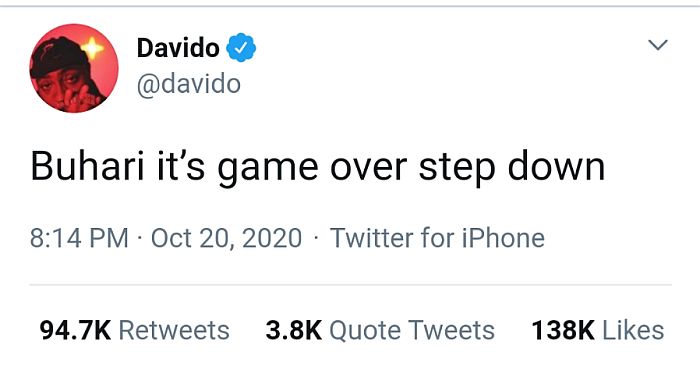