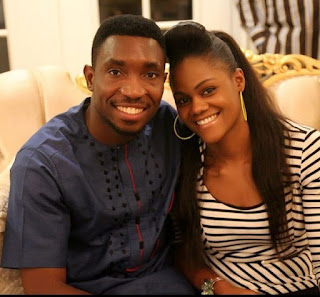 Overview Of: I Never Discussed my Wife’s Virginity with anyone – Timi Dakolo

Timi Dakolo has insisted that he never discussed his wife’s virginity with anyone neither did he do that with any media house.
The singer made the statement during a Press Conference held earlier today where he said he himself wondered where the news came from as he never granted any such interview.
He, however, mentioned that it was fabricated by the enemies, who were also responsible for the news that he got wedded at the COZA church and that he also received cash running into millions from the pastor of the church, Biodun Fatoyinbo.
Timi Dakolo who spoke on behalf of his wife at the Press Conference also said the officers that stormed his home yesterday were there to abduct his wife.